Collabro, the world’s most successful musical theatre group, met in 2014 for their first rehearsal at a London pub, just a month later went on to rouse the whole of Hammersmith Apollo into a standing ovation during their first ever public performance of ‘Stars’ for the Britain’s Got Talent judges.

Having triumphed in their Semi-Final heat with over 63% of the votes, they then won the overall competition with one of the biggest majorities ever. This subsequently led to them joining Simon Cowell’s label Syco, and hence becoming label-mates with the likes of One Direction, Little Mix, Susan Boyle and Il Divo.

In the three years since the competition, Collabro have released a Number 1 debut album “Stars”, followed by “Act Two” which peaked at Number 2 in the charts in the summer of 2015. 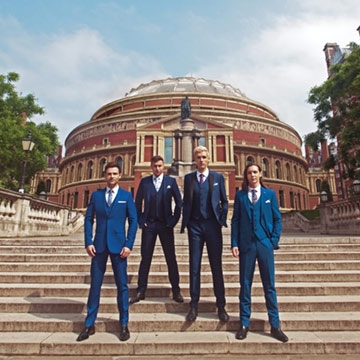