Romesh Ranganathan is back with a brand-new show, The Cynic’s Mixtape, and it’s his most brutally honest show yet.

Fresh from The Misadventures of Romesh Ranganathan, A League Of Their Own and Judge Romesh, he's putting showbiz aside to deliver a carefully-curated selection of all the things he has found unacceptable since his last tour, including why trying to save the environment is a scam, why none of us are truly free, and his suspicion that his wife is using gluten intolerance to avoid sleeping with him.

Romesh’s cynicism has become his trademark, but since being nominated for Best Newcomer at the 2013 Edinburgh Comedy Awards this deadpan humour has become one of Britain’s most respected and popular comics.  Now, though, it’s time for the Asian Provocateur to return to his stand-up roots for a while – there’s things he needs to point out, discuss and have a good moan about. Care to join him?

Romesh Ranganathan is a stand-up comedian, actor, writer and presenter. After ditching his burgeoning Maths teacher career in his early 30s for a life on the comedy road, his shows Rom Com and Rom Wasn’t Built in a Day earned nominations for Edinburgh Best Newcomer 2013 and Best Show Award 2014, respectively.

Having established himself as a major force on the stand-up scene, TV work has followed in the form of BBC series Asian Provocateur (nominated for a BAFTA), The Misadventures of Romesh Ranganathan (BBC2), Judge Romesh (Dave), Just Another Immigrant (Showtime, US), A League of Their Own (Sky One), Rob & Romesh Meet (Sky One), and The Reluctant Landlord (Sky One).

In other news, Romesh has earned enough life experience to write an autobiography! Straight Outta Crawley (Memoirs of a Distinctly Average Human Being) was released in October 2018, and details Rom’s life from his first ‘gig’ at Pontins at the age of 9, to his fumblings as a wannabe rapper (who was actually quite good), to his career as a maths teacher, and through to his fame and family-making in the years that followed. He also writes for the Guardian occasionally.

“Romesh Ranganathan, a man who has turned misanthropy into a gloriously enjoyable art - Evening Standard 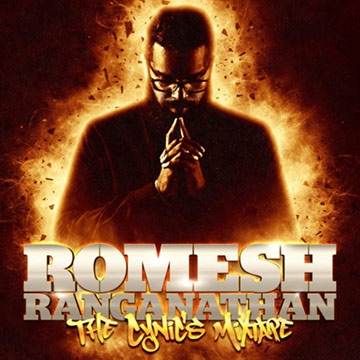