Catfish and the Bottlemen

Catfish and the Bottlemen - plus special guests

Pure electricity crackled across the fields of Britain and Europe this summer with Catfish and The Bottlemen’s pulse-quickening, headline festival performances and their own acclaimed open-air shows. Barely pausing for breath.

Preparing fans for material to follow their 2016, gold-status album, The Ride and platinum-certified debut album The Balcony, Catfish and The Bottlemen made new track, Fluctuate, a regular fixture in their summer 2018 set lists. As if it had always been there, fans sang the lyrics passionately back at venerated frontman and songwriter, Van McCann, offering the strongest suggestion yet, if not confirmation, that the pipeline of new material strikes with the same unapologetic ambition of the hit singles that have gone before.

Admitting to being happily of ‘no fixed abode’ due to near constant touring and recording since the release of their debut album in 2014, McCann leads Johnny Bond (lead guitar), Benji Blakeway (bass) and Bob Hall (drums) into a refreshed campaign, bidding to eclipse their previous, towering acheivements and take the next step as established festival and arena headliners.

The Telegraph: “It seems a very long time since a rock band have managed to stir this kind of excitement.”

Evening Standard: “As chiming anthem piled upon chiming anthem, the pace of a band in a hurry never flagged, and nor did the audience’s desire to accompany them.” 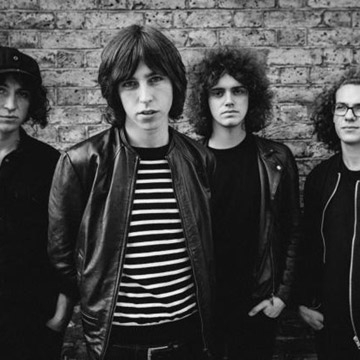