The Delines debut album Colfax surprised fans and critics alike. The band had only been together a week when they went into the studio and cut the record. Uncut gave it 9/10 stars and praised its “widescreen romanticism”.

Evoking the feel of a beat-up Dusty Springfield or a weary Rickie Lee Jones, Colfax made a dozen top ten records of the year lists and the Delines sold out venues in the UK, Ireland, and had successful tours in the Europe and Australia.

The Delines are led by vocalist Amy Boone( The Damnations, TX), the keyboard and horn work of Cory Gray, Tucker Jackson (The Minus 5) on pedal steel, as well as Richmond Fontaine members: Sean Oldham, Freddie Trujillo, and Willy Vlautin. 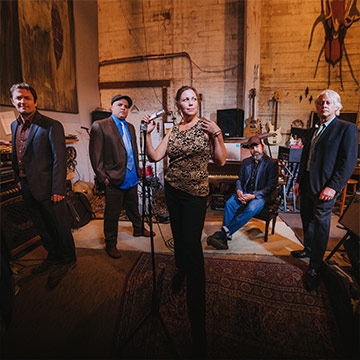