Multi-instrumental Irish folk musician Finbar Furey best known for his band of brothers, The Fureys who were formed in Ballyfermot, Dublin.

Finbar Furey comes from a unique pedigree - an all-Ireland Uillean Pipe Champion and whistle player, singer/songwriter as well as playing 5-string banjo, and guitar. Finbar has been around the block many times with brother Eddie, recording for Transatlantic records in the 60's and achieving fame as lead singer/ frontman of The Furey Brothers and Davey Arthur.

Fans can expect to be treated to Finbar’s rare talents as he brings pure Irish music and humour to the stage. At the age of 71, this supreme musician is not for slowing down – on the upcoming tour Finbar commented: “Too late to stop now!”

‘Finbar Furey is not just a superb musician. He is a wonderful singer, a songwriter of genuine originality, and a marvellous interpreter.” “...this is excellent stuff from a genuine legend of Irish music”.  (Hot Press Magazine) 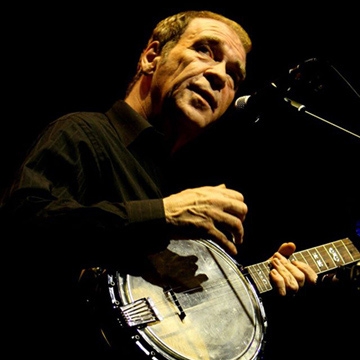