One of the world's greatest classical singers Alfie Boe has announced a date at Bord Gais Energy Theatre on 28th April in what is becoming another landmark year for the much-loved tenor.

Alfie revealed his return to the solo spotlight with the release of his vibrant and instantly classic album As Time Goes By.

The record will be released on 23rd November, and celebrates the golden era of music from the 30s and 40s, a time that is often overlooked - sandwiched as it is between the roaring twenties and rock 'n' roll.

Alfie is one of the best-loved vocalists of his generation and a hugely successful, multi-platinum selling artist. He has triumphed on theatre stages and in concert halls around the world and has two recent UK #1 albums under his belt for albums 'Together' and 'Together Again', made with his great friend Michael Ball. The duo also won two Classic BRIT Awards earlier this year for 'Best Album' and 'Group of the Year'. 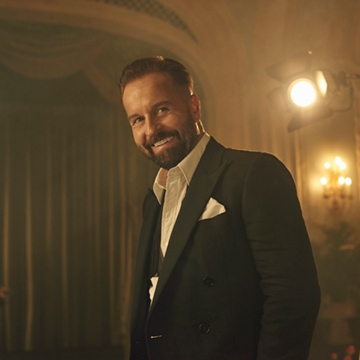