International Pop Icon Pink Famed for her immensely powerful and unique voice and her high-octane live shows, Irish fans are in for a treat when she hits Dublin next summer. This will be Pink's first live show in Ireland since 2013.

P!nk will be joined on this tour by special guests Vance Joy, KidCutUp and Bang Bang Romeo

Since her debut in 2000, P!NK has released 7 studio albums, 1 greatest hits album, sold over 57 million albums equivalents, over 75 million singles, over 2.4 million DVDs worldwide and has had 15 singles in the top 10 on the Billboard Hot 100 chart (four at #1).

In addition, she is the recipient of three Grammy Awards (19 nominations), one Daytime Emmy Award, three Billboard Music Awards, seven MTV Video Music Awards (including the 2017 Michael Jackson Vanguard Award recipient), two MTV Europe Awards, two People’s Choice Awards, was named Billboard’s Woman of the Year in 2013 and has sold out arenas all over the world.

Australian singer songwriter Vance Joy shot to fame with the hit single Riptide and has already had collectively over one billion streams on Spotify.

International DJ Kid Cut Up, has been opening for P!nk throughout her Beautiful Trauma World  Tour dates so far. Creating unique remixes and edits, his work has been picked up by radio stations across the US as well as artists including The Chainsmokers, Diplo and DJ Khaled.

Pink is a huge supporter of various charities, including: Make a Wish Foundation, Autism Speaks, Human Rights Campaign and No Kid Hungry.  She remains on the UNICEF team as an Ambassador.  She recently graced the cover of People Magazine’s The Beautiful Issue. 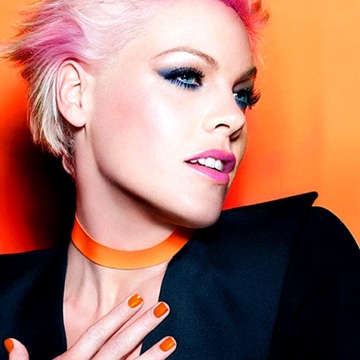