Manic Street Preachers release a 20th Year Collector’s Edition of their fifth album ‘This Is My Truth Tell Me Yours’ on 7th December 2018 on Columbia/Sony.

The band will also be going out on tour next year playing some of their favourite intimate venues over the UK performing the album in full alongside other hits and rarities.

‘This Is My Truth ….”  went to No.1 in the charts on its release and stayed in the UK charts for over a year and went on to sell over five million copies.  It won the Brit Award for Best Album (and the band for best group), and all the big prizes at the NME Awards - Best Band, Best Album, Best Live Act, Best Single and Best Video and the group were awarded the Best Band in the World Award by Q Magazine.

The band released their 13th album ‘Resistance Is Futile’ earlier this year and played their biggest tour in a decade.  They headlined several festivals over the summer and all the singles including ‘International Blue’ and ‘Hold Me Live A Heaven’ were a- listed across all the major radio stations.  The album has been nominated for the 2018 Welsh Music Prize. 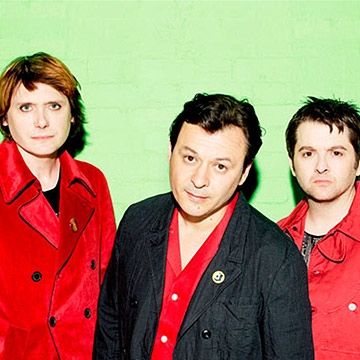