The Rapparees proudly present their fourth album Recharged with a launch night, which is sure to have that special, hometown electricity, associated with this dynamic folk outfit. Foot stomping belters and heart-warming ballads, are the Rapparees currency, an evening well spent.

Five piece folk and traditional band The Rapparees are based in Belfast, are about as exciting an act as you’re likely to encounter on the circuit at the moment. A unique chemistry formed between the friends at school and they soon began playing music around local pubs and clubs. The distinctive sound of The Rapparees was cemented at university in Belfast in 2006, where they acquired a huge and diverse student following playing 4 and 5 nights a week, in order to fund studio time.

The line-up features Joe McKeague, one of Ireland’s finest ballad singers, perfectly complimented by the rousing voice of his cousin Gerard McNeill. Kevin Mawdsley’s charismatic onstage presence on fiddle is mirrors talented guitar and banjo player Conor McCaffrey. Conor adds to Gerard’s songwriting to give the band a contemporary feel. In 2012 the lads added 4 time All-Ireland bodhrán champion and drummer Eamon Rooney to the mix to complete the band’s festival feel. 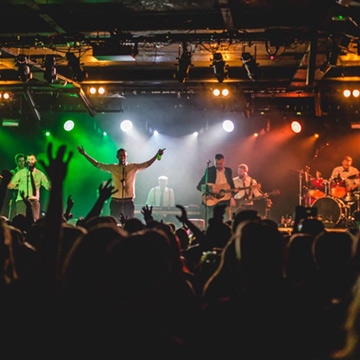