Of Belgian, Egyptian and Lebanese heritage, musician Tamino's British debut single is a song of such startling, visceral, sit-up-and-listen power, it is as if the singer has arrived, out of nowhere, fully formed.

Habibi (Arabic for "my love" or "beloved") is one of those songs that makes a mockery of questions of era and genre. Aptly, from a musician whose upbringing and trans-nationality elude narrow questions of provenance and pigeonholes, it is at once ancient and modern, conjuring, in its portrayal of a love that is majestic but doomed, the romantic decadence of Lawrence Durrell's The Alexandria Quartet and the scorched-earth, ripped-from-the-heart poetry of Nick Cave. Musically, it is, like so much pop today, all over the place, uncategorisable, gloriously impervious to considerations of style, fashion and commerce. In that sense, it is totally now.

At the same time, there is something so other-worldly, so defiantly individualistic, about Tamino's songwriting, his octave-traversing voice and ethereal falsetto that attempting to categorise them, or him, quickly seems futile. 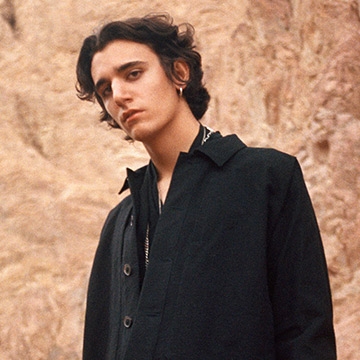