Bronagh Gallagher is an Irish singer and actress. Gallagher had her first acting role in the 1989 television movie Dear Sarah.

“One of the purest, clearest talents I know — a fabulous singer, bursting with raw Irish soul. Striking and original songs and an effortlessly brilliant band." - Brian Eno

“Bronagh has always felt the music deeper than anyone I know, she also writes songs that are pitched at the same level of excellence and meaning. They sound instantly old world and yet vital and new. If you steep yourself in the good stuff for long enough you become a worthy channel, at least that's what we all hope as songmakers. She cuts to the heart of what it is to be a singer. She's a real star and always was." - Glen Hansard

“Swaggering like Carole King in her golden years." - Q
“A deep Irish Soul record full of passion and tunes." - Mail On Sunday 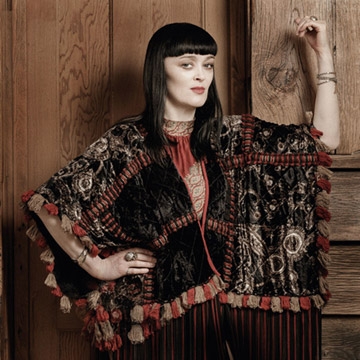