Irish rap group Versatile are one of Ireland’s freshest and most closely followed artists in recent times. The coupling of Eskimo Supreme and Casper Walsh’s lyrical deftness, streaked with humour and vivid storytelling skills combined with the production finesse of Evan Kennedy, has produced a unique sound and equally special fanaticism.

Back in 2013 as mere whippersnappers at the age of 16, Versatile’s story begins with their first upload to their highly subscribed YouTube channel, Outburst. Slowly increasing their output over the years.

In summer 2018 they created a maelstrom at the Electric Arena of EP, cited as one of the best performances of the festival, performed the headline set at Life Festival and drew crowds away from huge international arts at Longitude. 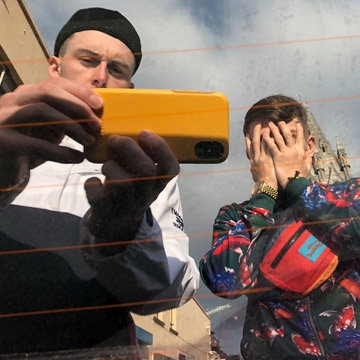