Sick Love deliver a high-energy, no holds barred rock show all wrapped up in the most anthemic songs.

Described by Hot Press magazine as “defiantly pushing against the grain of indie and folk bands in Ireland”, they broke through with sold out shows as well as festival slots at Electric Picnic and Indiependence.

Sick Love have been quickly marked by many as ones to watch, with the Irish Times preaching they are “set to join the Super League of Irish rock bands”.

Sick Love are no strangers to the gritty, do-it yourself Irish music scene. Having risen from the ashes of former band Sub Motion that relentlessly worked through changing line-ups and sounds that crafted a name for themselves following a number of successful self-released tracks and a series of support slots. 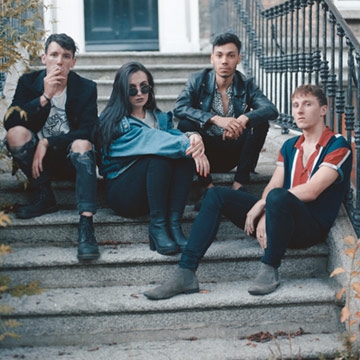