Iconic Australian rock band Midnight Oil just announced that they will return to Europe. Despite a 15 year break while frontman, Peter Garrett, became a minister in the Australian Government, last year’s world tour saw the Oils in the same incendiary form which made them one of the world's most captivating live experiences during the 1980’s and 1990’s.

Intensely political songs like “Beds Are Burning”, “Blue Sky Mining” and “Power & The Passion” took on even greater urgency in the age of Trump and Brexit leaving critics gushing across five continents.

The news of these new dates coincides with the release of a double live album and concert film called “Armistice Day: Live At The Domain Sydney”. The recordings capture the band in full flight at the climax of their 2017 World Tour.

"Proselytizers place the Australian band in the pantheon of great live acts, and justifiably so, but it takes a certain sense of pride for a reunited group not just to coast on its reputation but push itself like it still has something to prove, and the world to change. The band's pointedly politically minded songs remain as timely as ever.” Chicago Tribune

“They actually sound better than ever before.” Rockshot Magazine UK
“That was some return.” Sydney Morning Herald 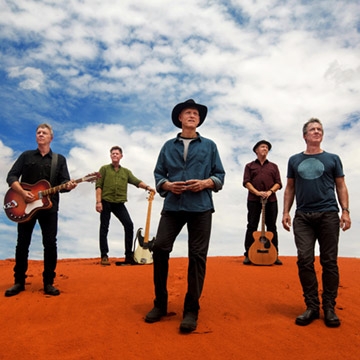