Award winning multi-platinum selling Artist Keywest are fresh from signing a major record deal in the UK with Marshall Records in London. Keywest will bring their electric show back to Ireland as part of the launch of a new album.

This album will be the follow up to their last two Number One Albums Joyland, & True North.  Expect radio hits like Something Beautiful, The Little things, This is Heartbreak and many more along with exclusive performances of new singles. Tickets are on sale from Friday the 7th of December from Ticketmaster.

Keywest are a band that has created an infusion of folk, rock and pop. They began playing on the cold streets across Ireland "busking" initially just to survive and pay the rent. However from their first performance in this environment it was evident there was something special was happening, the band began pulling crowds and blocking up streets everywhere they played. This had not been seen in Ireland since U2 started playing on the streets way back. 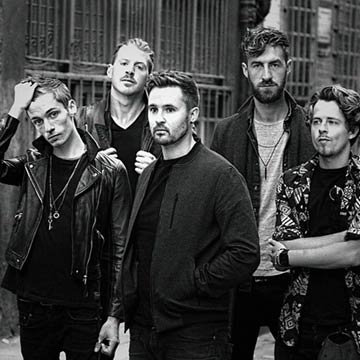