American composer, songwriter, record producer, pianist, and singer Burt Bacharach has composed hundreds of pop songs from the late 1950s through the 1980s, many in collaboration with lyricist Hal David.

Burt Bacharach is a recipient of three Academy Awards and eight Grammy Awards and is renowned for hits such as ‘I’ll Never Fall in Love Again’, ‘Anyone Who Had A Heart’, ‘The Look of Love’, ‘I Say A Little Prayer’ and ‘Walk On By’.

When The Recording Academy awarded Bacharach the Lifetime Achievement Award in February, 2008, he was proclaimed music’s “Greatest Living Composer.” Proud father, who was on tour in Australia, had his three children (Cristopher, Oliver, and Raleigh) accept the award on his behalf. 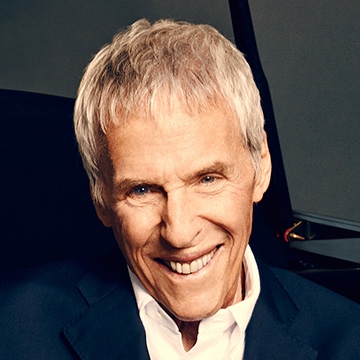