The Priests - In 2008, Fathers Eugene O’Hagan, Martin O’Hagan and David Delargy, became a hit out of nowhere.

The Priests are delighted to return to present their widely popular Christmas Concert which features them singing much loved classics as well as cherished seasonal songs. 2018 sees The Priests perform in a selection Churches and Cathedrals throughout Ireland, which will no doubt ensure a special atmosphere for their singing.

Fathers Martin O’Hagan, Eugene O’Hagan, and David Delargy’ debut album sold 3 Million copies, which secured them a place in the Guinness Book of World Records, as the Fastest-Selling Classical debut album … ever.

The lifelong friendships and incredible voices of three unassuming Catholic Priests captured the hearts of the public around the world. They were nominated for a Classical Brit Award for 3 consecutive years. They have graced the pages of Time Magazine, shared a sofa with Jonathan Ross and Alan Titchmarsh. They have performed around the world, and to audiences, including The Pope, The Irish President and The Royal Family. 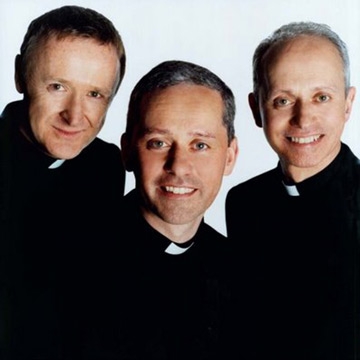