For the last three years, Yola (who previously performed as Yola Carter) has been a standout at the Americana Fest in Nashville. She released a debut solo EP in 2016 after the dissolution of her band Phantom Limb. She also toured as a vocalist with Massive Attack, among other acts.

Yola’s debut album Walk Through Fire, produced by Dan Auerbach, is a genre-bending release from one of the most powerful emerging British voices in music today. The singer/ songwriter first came to the attention of Auerbach (The Black  Keys) after a chain of people, starting with her manager, forwarded a video of her performing in Nashville that eventually found itself in Auerbach’s inbox. 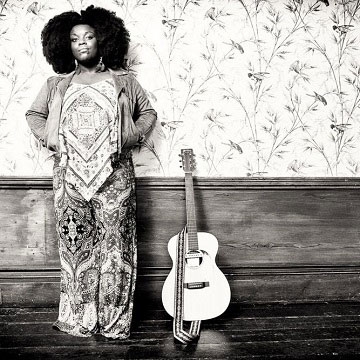