Described by Hot Press Magazine as ‘One of the High Kings of Irish Comedy’ Barry Murphy is one of the iconic pillars of the stand-up circuit. He’s host of The End, Stand & Deliver, one-third of Apres Match, co-founder of The Comedy Cellar and co-creator of Soupy Norman. His overwhelming talent is only matched by his sheer originality making him one of the most unmissable comedians in Ireland today.

Dublin based comedian and improviser Tony Cantwell’s videos have racked up over four million views online. He’s amassed a cult following thanks to oddball alter-egos Ploon, Your Ma’s Mate and The Dublin Frenchman as well as hundreds more characters courtesy of his daily Instagram stories. He’s also host of the chart-topping monster comedy show Sexy Beast.

As a performer the first run of his 2018 show Soft Boy sold out in just 20 minutes followed by sell-out shows at Kilkenny Cat Laughs, Cork and two appearances at Vodafone Comedy Festival.

Al Foran is an impressionist and mimic of extraordinary talent with over a hundred separate voices in his arsenal of comedic impressions including Conor McGregor, Robert de Niro, Joe Pesci, Mike Tyson, Eddie Murphy, Donald Trump, Roy Keane, Jose Mourinho, Eamon Dunphy and so many, many more. With a Facebook following of over 310,000, various radio and TV appearances including a regular slot on RTE’s Funny Friday and contributions to videos for JOE.ie, Uni-Lad and LadBible Al’s star is rising by the day. 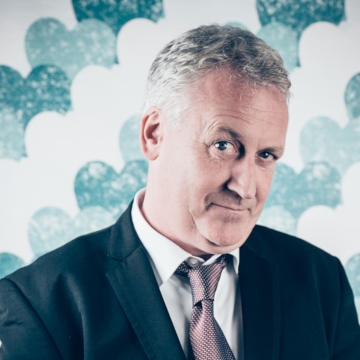