In 1969 Eric Bell walked into a bar in Dublin, ordered a pint and settled down to watch a band play. Two of the members of that band were Brian Downey and Phil Lynott. He was knocked out by what he saw and heard and asked them to form a band with him. Both duly obliged and within weeks Thin Lizzy was born.

The three of them worked very hard both in the studio and on the road and were eventually rewarded with a hit single, the anthemic - Whiskey In The Jar - which catapulted them into world wide recognition.

Their new found popularity kept them very busy. There was a lot of pressure, both touring and recording and eventually Eric conceded that, health wise it was a bit too much for him to handle and left the band. Noel Redding, bass player to Jimi Hendrix, befriended Eric and they were soon recording and touring together through Europe and America.

In the late seventies Bo Diddley came to the UK to tour and asked Eric, who else, to play guitar with him. Eric eventually decided to forge a solo career, playing in his favourite 3 piece format and has over the years recorded a host of albums both live and studio. 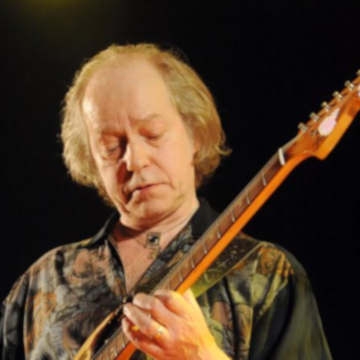