Jenny Lewis had her first taste of stardom when she was a child, appearing in a series of television shows and films and later forming the indie rock band Rilo Kiley with Blake Sennett in 1998. she began to expand her horizons when she released a country-tinged solo debut called Rabbit Fur Coat in 2006.

Rabbit Fur Coat established Lewis as a formidable singer/songwriter in her own right, and her reputation only grew after the group split, thanks to the rustic Americana of 2008's Acid Tongue and the slick pop sheen of 2014's The Voyager.

Having ended 2018 on a high note with the announcement of her fourth solo album On The Line - to be released March 22nd on Warner Bros. Records - Jenny Lewis has now unleashed the first taste of her highly anticipated return with the first single, “Red Bull & Hennessy,”

As the excitement surrounding the release of On The Line ramps up, the album continues to snag top spots on “Most Anticipated Albums of 2019” 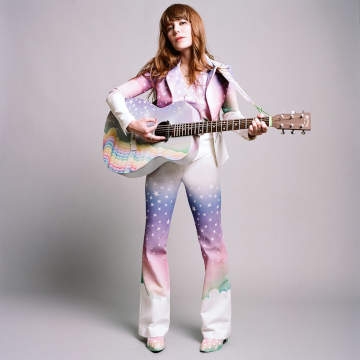