Brad Paisley is a critically acclaimed singer, songwriter, guitarist and entertainer whose talents have earned him numerous awards, including three Grammy's, two American Music Awards, 14 Academy of Country Music Awards and 14 Country Music Association Awards (including Entertainer of the Year), among many others. He has been a proud member of the Grand Ole Opry since 2001.

Paisley has written 21 of his 24 #1 hits and has accumulated over 20 million career total worldwide album sales, track downloads and streaming equivalents.

His 11th studio album, Love and War, which was released April 21, 2017, was his 9th consecutive studio album to debut #1 on Billboard’s Top Country Albums chart.

Since bursting onto the scene with his breakout #1 smash “Fix,” Chris Lane’s star continues to rise with two Top 10 albums and 850 million+ combined streams. his irresistible new single “I Don’t Know About You” is climbing the Country radio charts. 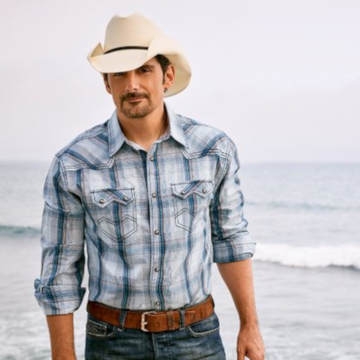