Richard Reinhardt is an American drummer best known by his stage name Richie Ramone, and for being the drummer for the punk band the Ramones, from February 1983 until August 1987.

Richie Ramone is the fastest, most powerful drummer who ever played with the legendary punk rock band the Ramones.

Richie performed in over 500 shows around the world with the Ramones and wrote several critically-acclaimed and fan-favorite songs for the albums Animal Boy, Too Tough to Die and Halfway to Sanity.

In 2013, Richie released his first solo album, “Entitled,” which features new songs written by Richie as well as new recordings of songs he wrote for the Ramones.

This is one night you don’t want to miss. 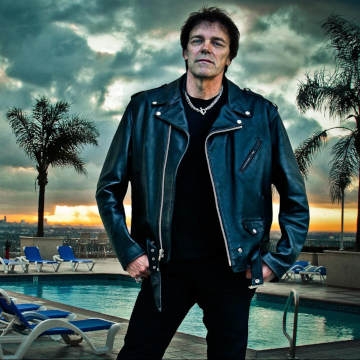