Irish Traditional/folk singer and guitarist Niall Hanna is a from County Tyrone. He is a graduate from St Mary's teaching college in Belfast and is a teacher of singing and guitar accompaniment. His main instruments include guitar, bouzouki and bass guitar.

Niall was immersed in traditional singing from a young age. This was a legacy left behind by his grandfather Geordie Hanna and Geordie's sister Sarah Ann O'Neill. He won his first all Ireland title in singing when he was 13 years old.

In recent years Niall has performed professionally with acts such as Reel It In, The Rapparees, Cathal O'Neill, Buille, Cathal and Stephen Hayden, Dónal O'Connor, Martin Meehan and many more.

Niall is the current recipient of the Young Musician's Platform Award (YMPA) from the Arts Council and has used this prestigious award to kick-start his solo career. 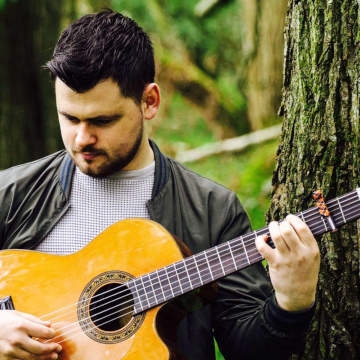