Bros - Matt & Luke Goss performed their comeback after nearly 30 years last year at two sold out O2 London Arena shows. Before that they had not played together since 77,000 packed into Wembley Stadium in 1989.

Bros have been riding high from the success of the movie Bros: After the Screaming Stops, which was a runaway Christmas success after it was shown on BBC.

Propelled by their classic smash hit ‘When Will I Be Famous’, Bros ruled the world from 1987-1992. During that time, they rewrote the pop history books. They were the youngest band to ever headline Wembley Stadium. Their debut album ‘Push’ was 7x Platinum, the album was number one in 20 countries

Since then both Matt and Luke have achieved tremendous success in their respective music and film careers. 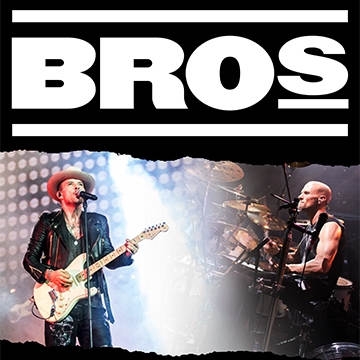