Considered one of the greatest live bands, Chic’s sound is undoubtedly defined by the rhythm guitar and musicianship of Nile Rodgers, resulting in some of the biggest dance singles of all times.

As the co-founder of Chic Rodgers pioneered a new musical language with chart-topping hits like ‘Le Freak,’ (the biggest selling single in the history of Atlantic Records) and ‘Everybody Dance’, even sparking the advent of hip-hop with ‘Good Times’.

Nile Rogers work with Chic and his production credits with artists like David Bowie, Diana Ross and Madonna has helped sell over 500 million albums and 75 million singles worldwide, while his innovative, trendsetting collaborations with Daft Punk, Avicii, Sigala, Disclosure, and Sam Smith have kept him in the vanguard of contemporary music.

Kaiser Chiefs are an English indie rock band from Leeds who formed in 2000 as Parva, releasing one studio album, 22, in 2003, before renaming and establishing themselves in their current name that same year. 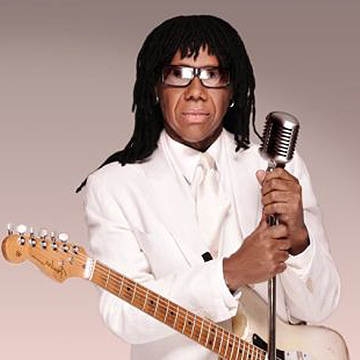