Ashley McBryde has been dubbed as one of Rolling Stone’s “Artists You Need To Know," citing she's "an Arkansas red-clay badass, with the swagger of Hank Jr. and the song writing of Miranda Lambert," McBryde fearlessly lays it all on the line, and it's that honest all-in approach that has led to NPR critic Ann Powers to ask if McBryde could be "among the first post-Stapleton country stars?"

McBryde's album will showcase an artistic vision that will prove her to be one of the genre's keenest working storytellers, bringing unwavering honesty back into a pop-preoccupied genre. Pulling tales from every corner of her human experience, McBryde sings with fire and fury, laughing and swigging that brown stuff along the way.

McBryde was raised in Mammoth Spring, Arkansas. At three, she'd secretly pluck her father's guitar like an upright bass, and after about the 17th time being caught, her father bought her a guitar of her own. She moved to Nashville in 2007 where steadily worked a circuit of dive bars, biker hangouts, and colorful joints fighting to have her songs heard. 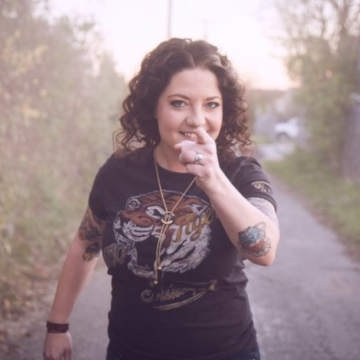