South Yorkshire four-piece The Reytons rise from “kids off the estate” to homegrown hero status has been nothing shortof meteoric; a trio of sell out shows in the last 18 months cementing their reputation instantly.

With the same cheeky everyman charm as fellow Sheffielders the Arctic Monkeys, before they could afford cocaine, it’s not surprising the band’s status has risen to cult-like.

That seems all likely to change however, as going in to 2019, Reytons fever has spread, with shows on their first ever tour selling out months in advance, as they bring their no frills indie to cities across the North.

And it’s not just on stage that the buzz is getting louder. Having notched up over half a million Spotify streams across their three EPs, Alcopops & Charity Shops (2018), Kids Off The Estate (2017), and It Was All So Monotonous (2017), and latest single, ‘Canine’ (2018). 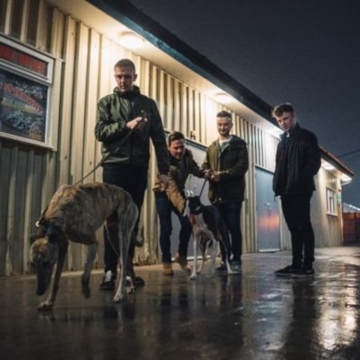