Daryl Hall & John Oates have become such musical influences on some of today’s popular artists. One of the most sampled artists today, their impact can be heard everywhere from boy band harmonies, to neo-soul to rap-rock fusion.

Signed to Atlantic by Ahmet Ertegun in the 1970’s, Daryl Hall & John Oates have sold more albums than any other duo in music history.

The era would also produce an additional 5 Top 10 singles, “Sara Smile,” “One on One,” “You Make My Dreams,” “Say It Isn’t So” and “Method of Modern Love.” By 1987, the R.I.A.A. recognized Daryl Hall and John Oates as the number-one selling duo in music history, a record they still hold today. They are also 2014 Rock and Roll Hall of Fame Inductees. 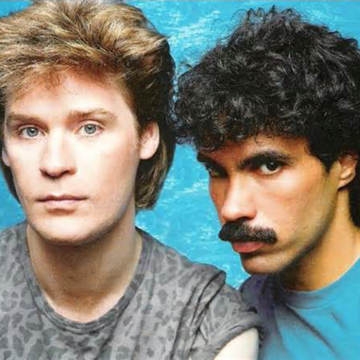