Irish musician Colm Mac Con Iomaire from Blackrock, County Dublin. He plays violin and sings vocals with rock group The Frames. Mac Con Iomaire has been involved with The Frames since 1990 and has been a touring member of The Swell Season since 2006. He also played violin on David Gray's 1998 album White Ladder.

Colm Mac Con Iomaire & composer Bill Whelan have joined forces for a new album The River Holds Its Breath, produced by Bill, which will be released and performed at Vicar Street in Dublin on May 18th.

Colm sees this record as a collection of short stories. But it can also be considered as both journal and journey, the culmination of song gathering, commissions and creations over the last few years, during which Colm has charted out tunes like nodes on a map of a broader Irish artistic universe. 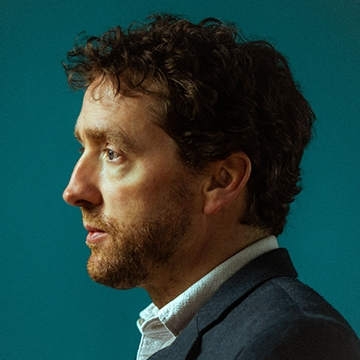