American multi-instrumentalist, musician, singer and songwriter Eddie Vedder is best known as a member of the grunge band Pearl Jam, with whom he performs lead vocals and is one of three guitarists. He is known for his powerful baritone vocals.

Eddie Vedder has served as Pearl Jam’s frontman since 1990. His debut solo release was the 2007 soundtrack album for the film Into the Wild for which Vedder won a Golden Globe for the song “Guaranteed.”

In 2012, Eddie Vedder’s sophomore solo album, Ukulele Songs, received a Grammy nomination for Best Folk Album. Vedder was inducted into the Rock and Roll Hall of Fame as a member of Pearl Jam in 2017. 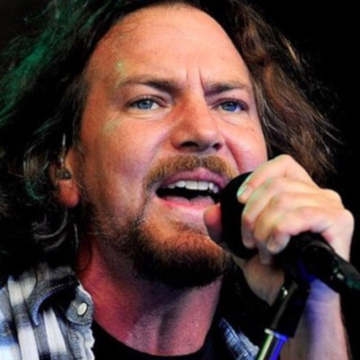