Australian punk rock band The Living End formed in 1994. Since 2002 the line up consists of Chris Cheney, Scott Owen and Andy Strachan.

Their eighth album, Wunderbar does what The Living End do best, what’s kept hundreds of thousands of fans listening for nearly a quarter of a century: straightforward, heart-pounding, guns blazing rock and roll.  It’s what The Living End are known for. It’s what they’re good at. It’s what they love. And Wunderbar is their best straightforward, heart-pounding, guns blazing rock and roll album yet. 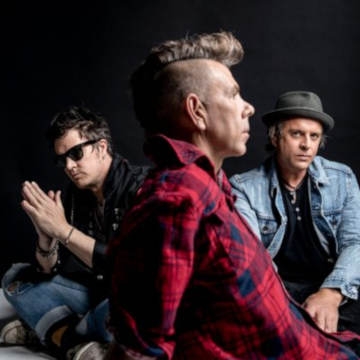