Since their formation in 2002, Beoga have become regarded as one of the most popular and influential ensembles in modern Irish music.

Beoga have been described by the Wall Street Journal as ‘the best traditional band to emerge from Ireland this century’.

For over a decade Beoga have toured the world, headlined major festivals, won numerous awards, performed at the Last Night of the Proms and produced four critically acclaimed albums. Their 2009 release ‘The Incident’ was Grammy shortlisted for Best Contemporary World Music Album. 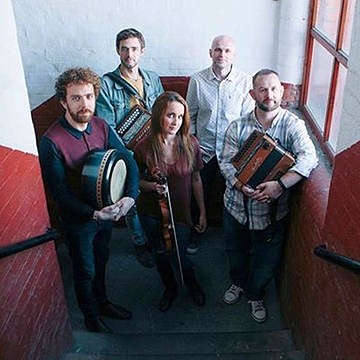