English indie electronic band Hot Chip formed in London in 2000. They have released six studio albums: Coming on Strong, The Warning, Made in the Dark, One Life Stand, In Our Heads, and Why Make Sense?. The group has been nominated for a Grammy Award and the Mercury Prize.

Hot Chip will release their electrifying seventh album, A Bath Full of Ecstasy, on June 21st.

Their third album for Domino, A Bath Full of Ecstasy is the group’s definitive release, crystallising the sound they’ve become celebrated for - bridging euphoria and melancholy with colourful melodies, idiosyncratic vocalisations and pounding electronic pop rhythms. 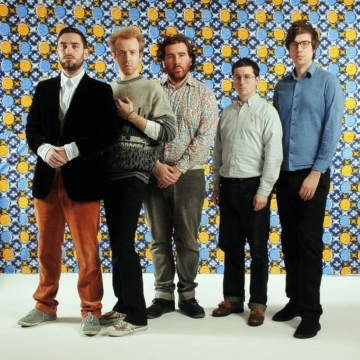