Dublin roots band I Draw Slow have been consistently honing their craft over the course of the last 11 years. They have been selling out venues in Ireland and releasing their records to critical acclaim. However, they haven’t only focused here. It’s been six years since the 5 piece band made their debut US appearance in Nashville, following the Number 2 Irish chart position of their second album, Redhills.

Seventeen tours and 25 states later, they’ve moved into a dominant position on the American folk music scene and are receiving well deserved recognition from some of the biggest festivals in the US.

They signed with Compass Records, one of the most important independent roots labels in the U.S., who also feature Ron Sexsmith, Altan, and the Waifs on their roster. The band released their fourth album, Turn Your Face To The Sun, which was funded entirely through pre-sales to a large, loyal and growing domestic and international fanbase.

The album went straight in at #1 in the Irish Independent Album charts! The album received excellent reviews, earned them the coveted Record Of The Week spot on RTE Radio One, and saw them performing on Newstalk, Today FM and the Late Late Show, the longest running TV entertainment show in Europe! 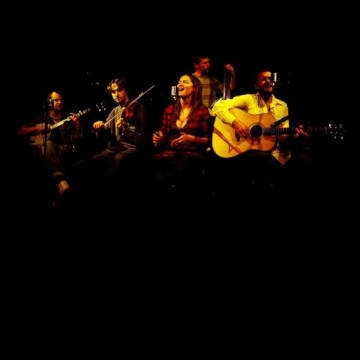