Mikaela Straus, known by her stage name King Princess, is an American singer-songwriter, multi-instrumentalist, and producer from Brooklyn, New York. She is signed to Mark Ronson's label Zelig Records, an imprint of Columbia Records.

With just one EP - ‘Make My Bed’ - King Princess has taken her place as one of pop’s most exciting, progressive new voices. Having surpassed hundreds of millions of streams, sold-out her global tour dates immediately, and won significant early plaudits – including second position on the BBC Sound of 2019 - the 20-year-old singer, multi-instrumentalist and producer looks set to reign supreme across her first festival circuit this summer.

Currently working on new music, King Princess has also been confirmed to feature on the forthcoming album of label-boss Mark Ronson, ‘Late Night Feeelings’, and will also be back in the UK for this year’s Reading & Leeds festival. All Hail King Princess.

“King Princess is a force to be reckoned with” - Rookie 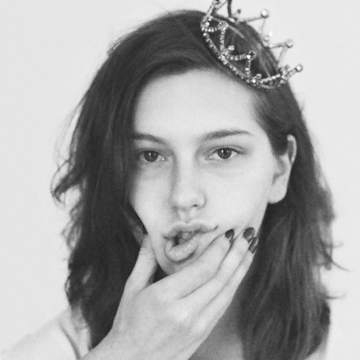