Since emerging in 2012, singer, songwriter, and producer Blackbear has released alt-R&B albums Deadroses , Digital Druglord , and Cybersex - each extolling the pleasures of sex, drugs, and luxury consumerism. His streaming hits, the platinum-selling “Idfc” and the double-platinum “Do Re Mi” (“Do Re Mi, I’m so fucking done with you girl”), further established the 28-year-old. 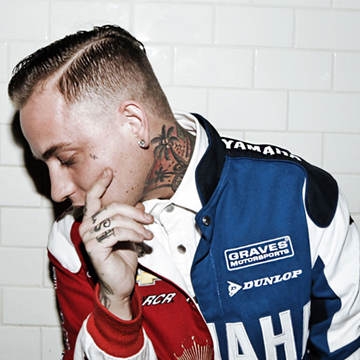