Elaine Paige - The Soundtrack of my Life

Elaine Paige, the award-winning singer, actress, producer, has made a unique and major contribution to the stage musical. She has starred in more West End & Broadway musicals than anyone else of her generation - starring in Hair, Jesus Christ Superstar, Piaf, Sunset Boulevard, The King & I, Chess, Cats and, of course, originating the award-winning role of Eva Peron in Evita.

A thrilling live performer, Elaine Paige has appeared in concert all over the world from The White House, The Great Hall of the People in Beijing and The Sydney Opera House to the Bolshoi, New York’s Lincoln Centre.

Elaine Paige  has recorded 22 solo albums, working with such producers as Toni Visconti & Phil Ramone, and has featured on 7 cast albums, earned 8 consecutive gold and 4 multi- platinum discs and has had chart topping hit singles with Memory, Don’t Cry For Me Argentina & I Know Him So Well which have become her signature songs. 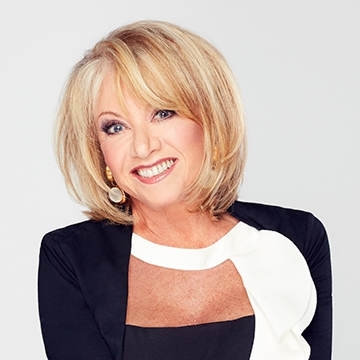