Other than the name, there is nothing commonplace about John Smith - as a listen to his singular songs will swiftly tell you. His  album “Headlong” reveals a rare and remarkable talent as a virtuoso guitarist, nuanced songwriter, soulful vocalist and consummate performer.

It’s the fifth album in a hard-working, under-the-radar career that has earned the Devon-born Smith a dedicated following and along the way has secured the respect and admiration of his peers.

The late John Renbourn (to whose memory “Headlong” is dedicated) called him “the future of folk music”.

In every case it’s the potency of his own music that has earned him such recognition, via a series of solo albums that includes "The Fox and the Monk" (2006), "Map Or Direction" (2009), "Eavesdropping" (2011), “Great Lakes" (2013) and now “Headlong”. All have been self-released, a principle he regards as an important component of his artistic integrity. 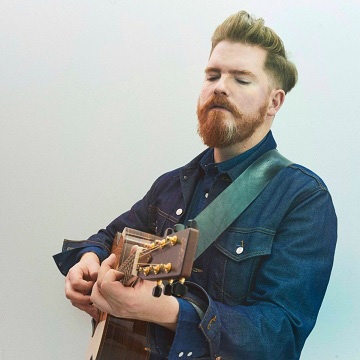