The Whileaways - Noelie McDonnell, Nicola Joyce & Noriana Kennedy create a beguiling tapestry of harmonies, tradition and beautifully crafted original songs. Using American folksong as a starting point, all three write and sing, drawing on their own experience, and the result is captivating.

The Whileaways have performed on some of the most prestigious stages such as Tonder Folk Festival and were hailed ‘a knockout of the festival’ at the legendary Port Fairy Folk Festival, Australia.  Their recent highly acclaimed album ‘Saltwater Kisses’ received four stars in The Irish Times & RTE Radio 1 album of the week.

The Whileaways sound is true, their performances gloriously engaging. Prepare to be spellbound. The arrangements are simple but brilliant, exactly what it needs to put their voices in true light.’ - FolkWorld 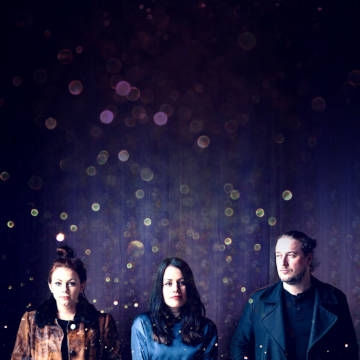