Hunkpapa are an alt rock band from Co Armagh. The band have been selling out venues across the UK and IRE such as The Limelight all while pursuing a successful Euro tour with US band “Devotchka”.

Gary Lightbody (Snow Patrol)  described Hunkpapa by saying they “have such great songs”. And this is what Hunkpapa focus on most - the songs. With sincere song-writing, the band delve into an energy during their live performances that reflects the stories they are telling. Engaging the audience on their personal journeys through the music.

Chomping at the bit to release new music and live shows to the world, Hunkpapa are recording and collaborating with LA based, Grammy nominated producer Mark Needham (The Killers, Fleetwood Mac) -  The Cappuccino Tour  is Hunkpapa's first step to filling Stadiums globally. 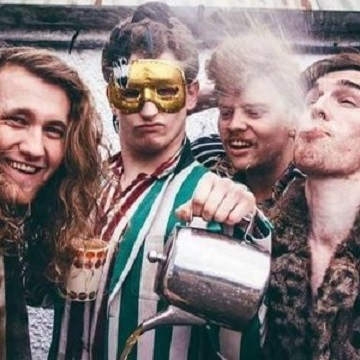