International psych explorers Flamingods are back with brand new album ‘Levitation’ (3 May, Moshi Moshi Records) and have announced a run of dates to support the Album.

The first single to be unveiled is ‘Marigold’, a multi-sensory psych-rock trip that finds Flamingods on hair-raising form even by their own exuberant standards. ‘Marigold’ oozes fun out of every pore, a perfect antidote to turbulent times.

‘Levitation’ is inspired largely by the disco, funk and psychedelic sounds coming out of the Middle East and South Asia in the 70s, the album channels these influences through a vision soaked in mysticism, positivity and sun-drenched imagery.

‘Levitation’ is the follow-up to Flamingods’ breakthrough 2016 album ‘Majesty’ and follows the ‘Kewali’ EP for Moshi Moshi and a one-off release with Dan Carey for his Speedy Wunderground singles club in 2017. 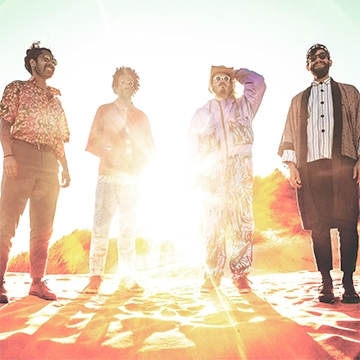