Tír na nÓg are an Irish folk band formed in Dublin, in 1969 by Leo O’Kelly and Sonny Condell. They are often considered as one of the first progressive folk bands with other artists like Nick Drake or groups like Pentangle.Their music mainly consists of their own compositions, based on strong Celtic roots and typically featuring intricate acoustic guitar playing and close harmony singing.

From 1971 to 1973, Tír na nÓg made three studio albums which were highly acclaimed by critics. No recording of live performances had been officially released until 2000, with the publication of Hibernian. A compilation of some of their live tracks recorded between 1972 and 1973 for the John Peel’s radio show. 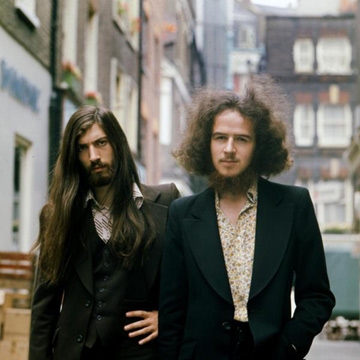