The Howl & The Hum

York-based 4-piece The Howl & The Hum combine dark hypnotic pop with post-punk influences, pierced with lyrics that make you call your mum the next morning.

Following acclaimed sets at Neighbourhood Festival and Loopallu and a debut tour of the Scottish Highlands in 2017, The Howl & The Hum embarked on their first headline tour in England in early 2018 to coincide with the release of single ‘Portrait I’.

Their latest release, ‘Don’t Shoot The Storm’ is an unhinged carnival, a parade for something not quite right. It is a song about gun control recorded in a barn in the backwaters of Yorkshire.

"The Howl And The Hum are a seriously great band, from whom you will be hearing a great deal more in the coming months." - Tom Robinson, BBC 6 Music 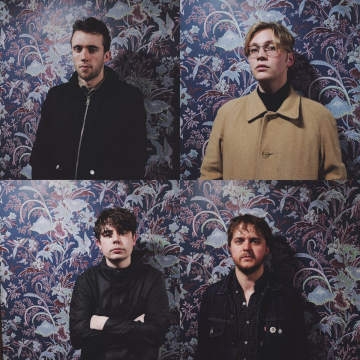