Arkells have built an undeniable reputation as one of the most passionate, high-energy, live-rock authorities working today. Recorded between ongoing pockets of touring, their 5th studio album, 2018’s Rally Cry, aims to best capture the unmistakable spirit and energy from their live shows.

Arkells have stayed ever-present, relentlessly touring in support of 2016 album, Morning Report, which was extended by the surprise release of “Knocking At The Door” – the 14-week #1 smash hit, which became the most played alt-rock song of that year, at home in Canada. 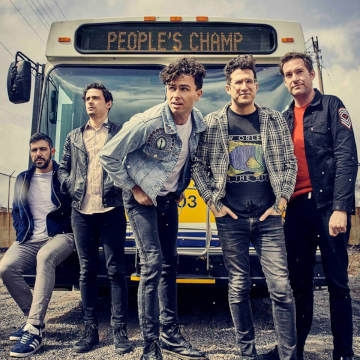