Paul Carrack, one of the most revered vocalists in pop music, a legendary singer - songwriter and front man of Mike & The Mechanics, Squeeze & Ace returns to the road with his band and a new album, These Days. It features 11 new songs including 5 co-writes with his old Squeeze bandmate Chris Difford.

With a back-catalogue of classic hit songs to his name including “The Living Years”, “Tempted”, “How Long”, “Over My Shoulder”, Paul’s uniquely soulful voice is a must for his million of fans around the world. His songs have been covered by some of the biggest names in pop music….The Eagles, Diana Ross, Tom Jones and he is constantly in demand as a session keyboard player and has recorded and toured with Elton John, Van Morrison, Roger Waters, BB King and most recently Eric Clapton.

A recent BBC documentary “The Man With The Golden Voice” has brought Paul Carrack to an even wider audience with a whole new generation of fans discovering the talents of this uniquely gifted musician. 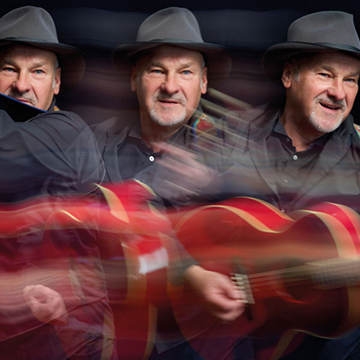