Formed at school in Dublin's late 1980's, Kíla have come to be considered one of Ireland’s most exciting and innovative bands.

Their unique and ever evolving  sound, while rooted in tradition, is inspired by a myriad of influences from all around the world. Sometimes  described as contemporary Irish world music, Kíla fuse Gaelic lyrics, Irish folk instruments such as Fiddles, Uilleann Pipes, Bodhrán, Bones and Woodwinds with Djembe, Congas, Drums, Mandolins, Brass, Bass, Acoustic and Electric Guitars.

Irish singer-songwriter Paddy Casey is from Dublin. The Crumlin Musician has been on the forefront of the Irish music scene since his debut album ‘Amen (So Be It)’ in 1999, while his second release ‘Living’ became the biggest seller in Ireland, out-selling even Irish rock legends U2. 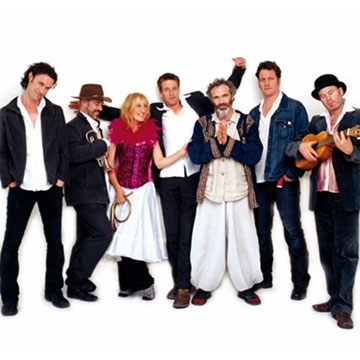