With The Family Tree, Cooper sought  to confront his difficult upbringing in Florida by forming a fictional genealogy paired with stirring folk arrangements. Intense family drama near the end of the process pushed The Leaves to take on a far more personal tone, as Cooper felt "dishonest… putting it into a separate avatar."

That only made the songs increasingly more difficult to perform, however, which coupled with the artistic exhaustion of pairing music with his grand concept made him pine for palliation.

On Therapy, Radical Face has let go of all his past narratives. Instead of an intricate saga, he's kept his parameters simple. Instead of his troubled past, he's focused on his scarred present. Instead of acoustic folk, he's written lush compositions. Unsure yet confident, battered yet resilient, Cooper is taking Radical Face in a poignant new direction -- towards hope. 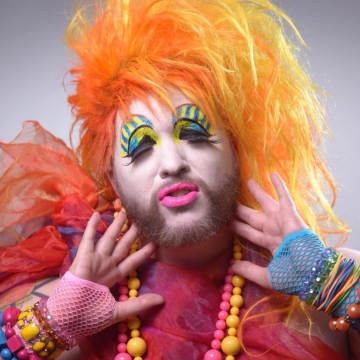