Elizabeth Moen taught herself how to play guitar as a teenager in Vinton, Iowa, and it was thanks to the writing community of Iowa City that she was inspired to write her own songs during her later college years.

Her sound and songs flow fluidly across many genres, and are inspired by modern artists such as Alabama Shakes, Sharon Van Etten, Angel Olsen, Julien Baker, Esmé Patterson, and Lake Street Dive and older influences such as Stevie Nicks, Joni Mitchell, and Bonnie Raitt. 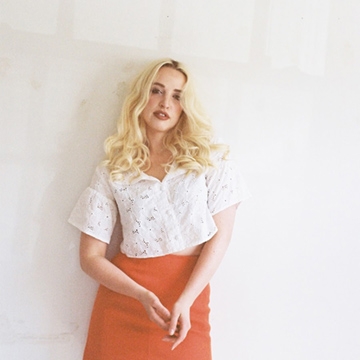