The Vercettis formed in 2016 and have been working hard on developing their music ever since. With their very own signature rock sound that encompasses many different genres, The Vercettis serve listeners brilliantly catchy yet unusual songs.

It’s hard to know whether The Vercettis are brothers, soulmates or just good friends – but their commitment to each other runs deep. Band members Dylan, Peter and Turlough have all adopted the Vercetti name and aesthetic. Collectively, The Vercettis own Ireland’s largest collection of Hawaiian shirts.

Currently based in Cork, Ireland, The Vercettis have built up a dedicated fanbase and their live performances are always energetic and exciting. Their first E.P is out now. 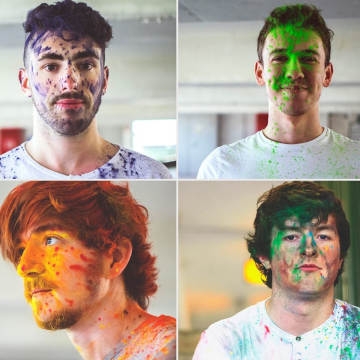